In the following example cluster: 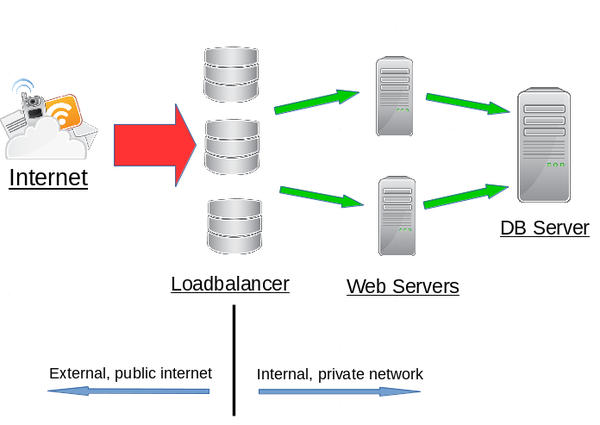 What is a Load Balancer Service?

A service is the name given to a named, discreet Load Balancer configuration based on a protocol and a port. An example would be a website cluster that uses the Load Balancer to distribute the incoming HTTP page requests to s server cluster. This service would be configured to listen externally (i.e. the public, internet facing side of the Load Balancer) on port 80 and then redirect those requests to the waiting web servers on the internal, VLAN side which are also listening on port 80. It has a single public IP address and appears to the internet as a single server.

A service is created and configured via the Service Manager link which can be found via the manage link to the right of each Load Balancer on Load Balancer summary page.

The Service Manager page is where new Load Balancer services are created and configured. If no services have been created then this link will go directly to the form to create a new service. The following is an example of the form with the parts labelled and explained: 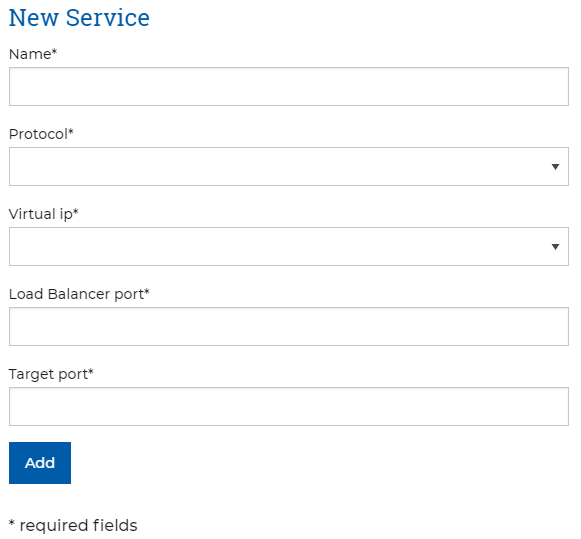 In order to create a service all parts of the form must be configured. The following table details each of the fields shown;

Each service can only be configured to use a single protocol such as HTTP. If a second is needed for the same cluster, typically HTTP along side HTTPS, then a second service should be created using the same servers but the second protocol.

The service will be created when the "Add" button is clicked. Once a service is created the Service Manager link will show a list of all the created services.

The below images, shows what an example service looks like after it has been created;

After it has been created and appears as an available service on the Service Manager page. The "Manage" link shown above in the actions column will take you to the configuration page.

The Manage page for the above service looks like the following; 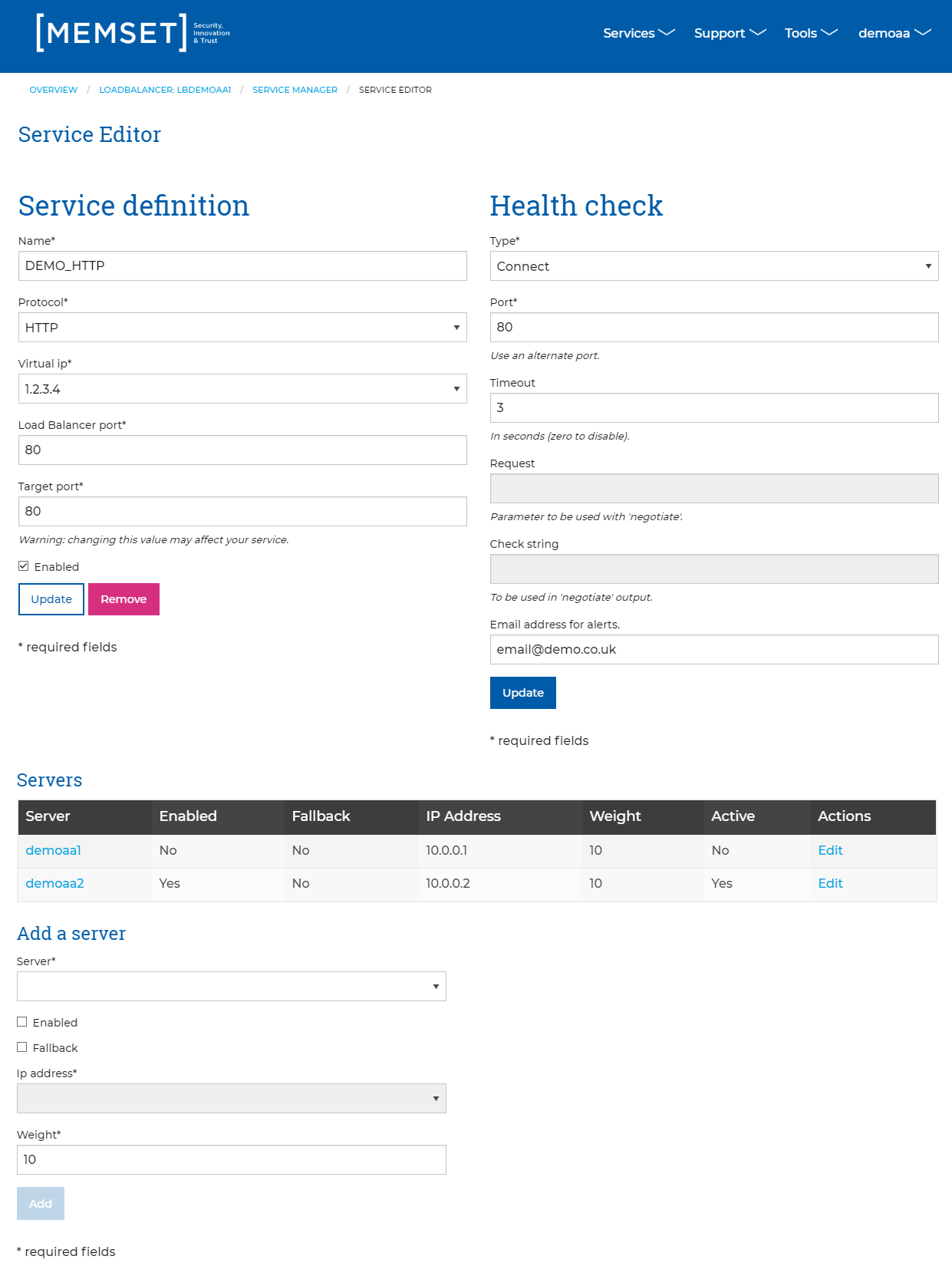 The Service Configuration page is split into three sections which are explained below;

Please note, these errors can depend on your browser setup. Learn more